Among this, 57% are previously undiagnosed diabetes. Presently India contributes to 1 in 6 adults with diabetes in the world.

The prevalence of elderly diabetes (Aged > 65) is also on the rise. 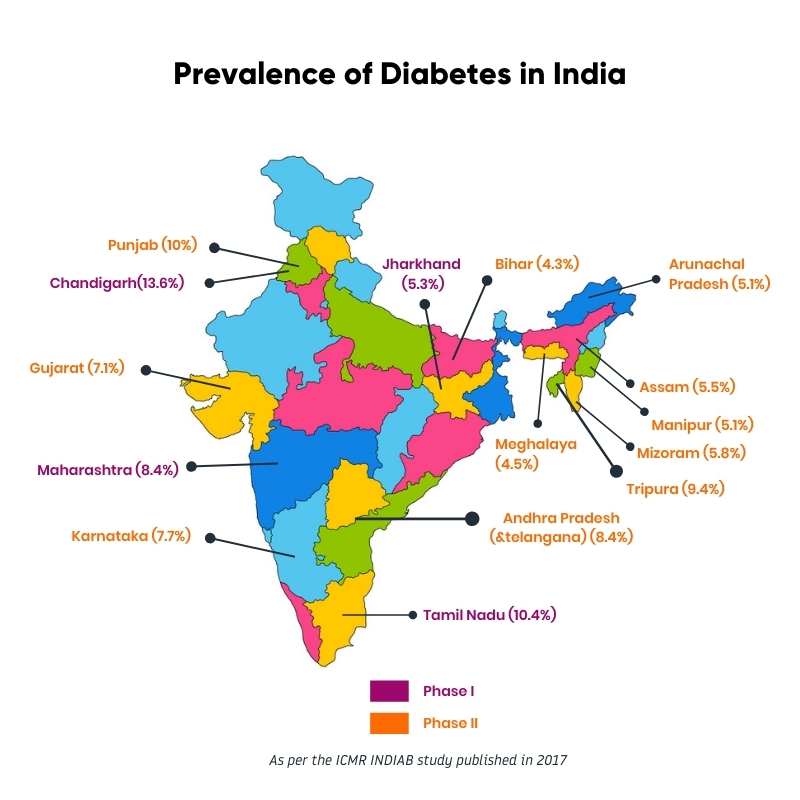 The state-wise prevalence of diabetes in India is variable due to cultural, dietary and lifestyle differences.

The general prevalence of diabetes is higher in southern states (Kerala and Tamil Nadu) and Punjab than the northeastern states.

Who should use an Insulin Pump and What are the Disadvantages?

Can you Check the Sugar (Glucose) Without Pricking your Finger ?

Is Jaggery Good for Diabetes?

I Don’t Eat Sugar – Why I Do Have Diabetes?

Where Should You Not Inject Insulin?