In general, diabetes mellitus is mainly divided into type 1 and type 2.

Type 1 diabetes mellitus, which is seen mainly in young individuals, occurs due to the destruction of the pancreas’ insulin-producing beta cells, resulting in absolute insulin deficiency.

Type 2 diabetes mellitus is the most common form seen in 90-95 % of the cases. It is mainly seen in adults and occurs due to insulin resistance and a gradual decline in insulin production.

There are other types of diabetes occurring due to various reasons, grouped as type 3 by the American Diabetes Association classification. 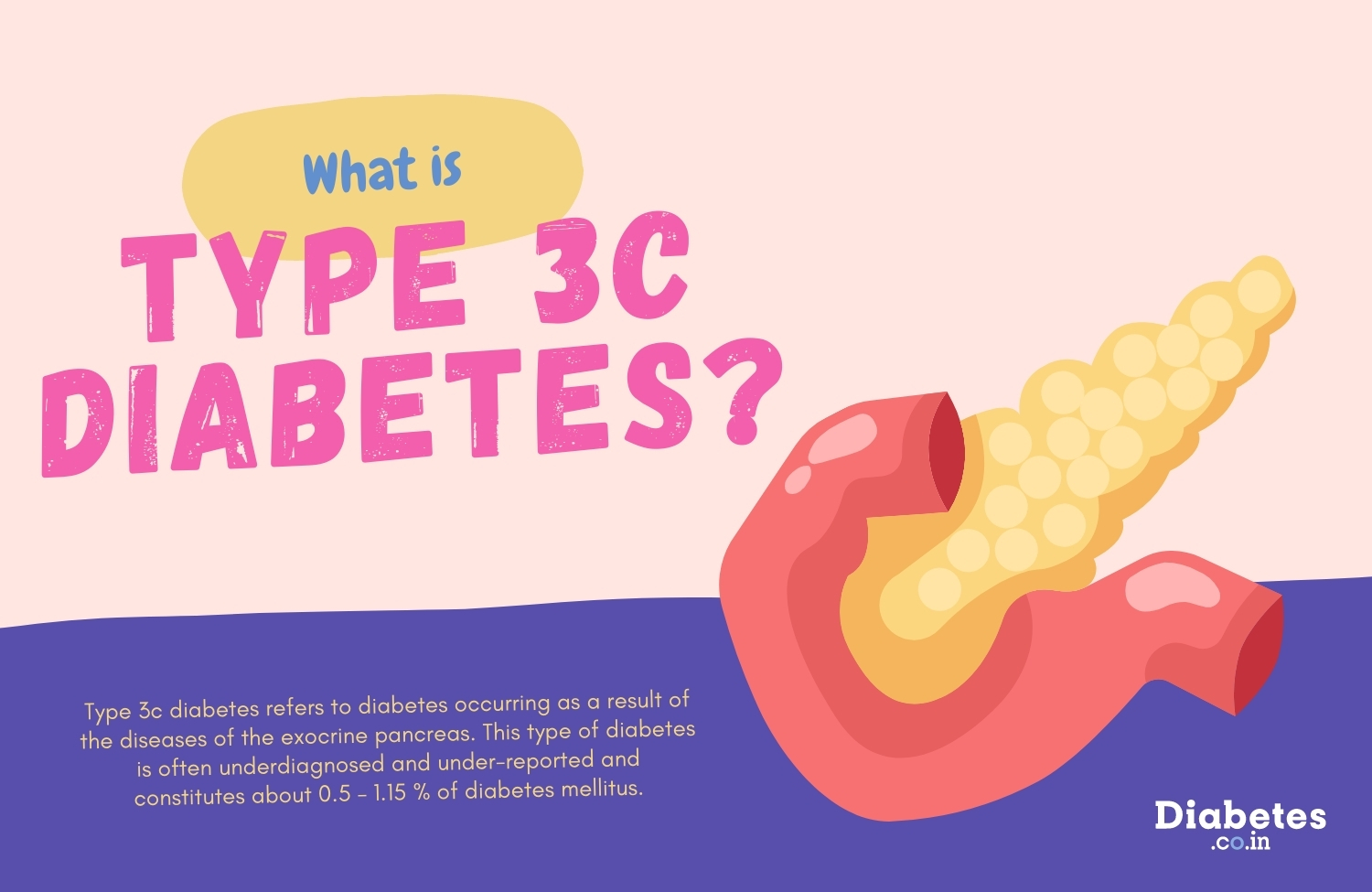 Type 3c diabetes refers to diabetes occurring as a result of the diseases of the exocrine pancreas. This type of diabetes is often underdiagnosed and under-reported and constitutes about 0.5 – 1.15 % of diabetes mellitus.

Other diseases affecting the pancreas, such as

In general, type 3c diabetes mellitus patients are insulin deficient and need insulin to manage their diabetes. Patients generally present with high sugars, increased thirst, and increased urination. There can be weight loss as well.

They can have a history of recurrent abdominal pain and difficulty digesting fatty food, presenting as loose, oily stools. There may be a history of surgery for pancreatic disease in the past.

Patients require insulin to control their blood sugars and to improve their weight.

They also require pancreatic supplements in the form of drugs (which is to be taken with major meals) to properly digest the food.

These patients are often wrongly diagnosed as type 2 diabetes and treated with oral anti-diabetic medications.

Type 3c diabetes should be considered in any patient who has an inadequate response to oral anti-diabetic drugs, weight loss, and a history of recurrent abdominal problems.

Can you use an Insulin Needle more than Once?

What are the Best Foods to Eat to Prevent Diabetes?

Can Type 1 Diabetes be Cured?

Is Papaya good for Diabetes?

Are Insulin Injections Subcutaneous or Intramuscular?

What is the Difference between Type 1 and Type 2 diabetes?

Does Eating Sugar Cause Diabetes?