The action of the short-acting insulin takes about 30 minutes to start, and the action lasts for 4-6 hours.

This insulin is generally given before meals and it has to be given atleast 30 minutes before taking the meal. 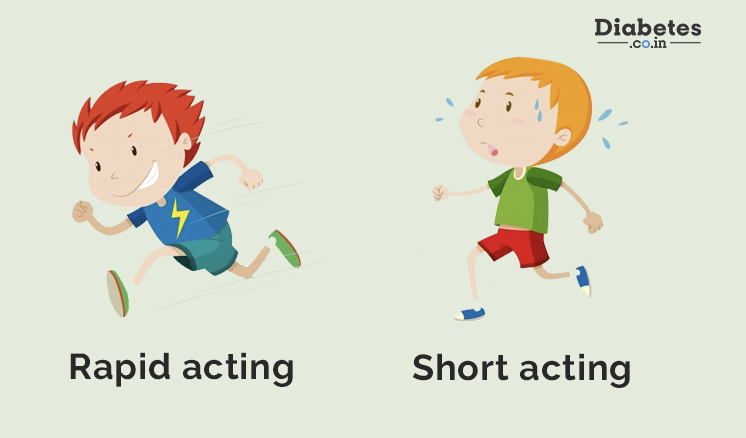 ‘Rapidly acting insulin‘ is used for insulin that begins to act within 10 – 15 minutes and the action lasts for 4 hours. They are also called ‘insulin analogs’ or ‘designer insulins’.

Since the gap between taking the insulin and the meal is shorter, it is more convenient to patients. However, it is also more expensive.

This insulin can be taken five minutes before the meal and can also be taken after the meal. It is the fastest acting insulin at present.

Also see : What is the best time to take Diabetes Medication (Drugs and Injections)

Do you have to keep Insulin pens Refrigerated?

Which Finger is Best for Glucose Testing?

What is the Difference between Rapid acting and Short acting Insulin?

I Don’t Eat Sugar – Why I Do Have Diabetes?

Where is the Most Effective Place to Inject Insulin?