Cinnamon is a sweet and pungent spice that is derived from the bark of the cinnamon trees.

However, Cassia has been better studied in humans. 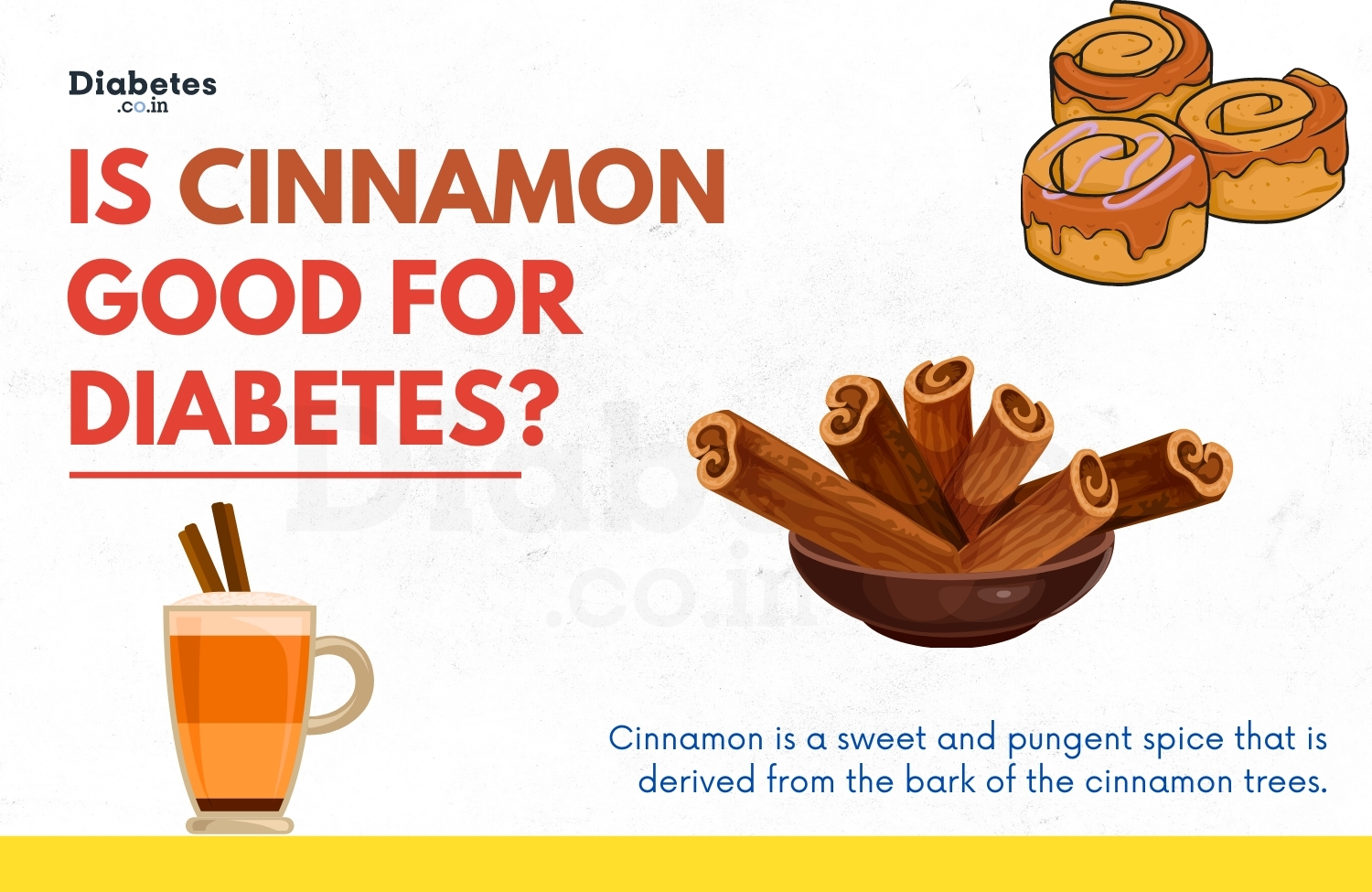 Various studies have been done till now on the use of cinnamon in diabetes. A few are described in brief below:

Vance Chonbic et al., (2005) studied the effect of cinnamon on blood glucose of 25 people with type II diabetes during menopause and showed that there was no significant difference in terms of FBS, glycosylated hemoglobin, glucose tolerance test, insulin concentration and serum lipids concentration on using 1.5 g cinnamon for 6 weeks. (2)

Another study in 2013 in Iran on 70 patients (35 on cinnamon v/s 35 on placebo) suggested that there was no significant difference in FBS and glycosylated hemoglobin levels between the two groups end of 60 days. (4)

No research has compared the health benefits of Ceylon and cassia cinnamon. Most studies have been done with the cassia variety.

In general, no major side effects in the usual doses. Cassia contains a lot of coumarins, which can be toxic in large quantities. It is much safer to choose Ceylon if you eat a lot of cinnamon.

Share it...
+ References
Diabetes.co.in follows strict sourcing guidelines and uses only highly credible sources such as academic research institutions, peer-reviewed journals, and government medical associations. We do not use tertiary references. Read our editorial policy section to know more about how we ensure the accuracy of our content.

What is the Difference between Type 1 and Type 2 diabetes?

Difference between Simple and Complex Carbohydrates

Where Should You Not Inject Insulin?

How Long Does an Insulin Pen Last?

Are Apples good for Diabetics?

Can People with Diabetes Eat Mangoes?